C++ in a UNIX Environment

Given a node that represents the head of a linked list, find where there exists a circular loop. Note: The linked list need not necessarily wrap to back to the head node.

Given two nodes that represent that heads of two different linked lists, identify whether the linked lists are connected at any point.

Given a two dimensional ArrayList of boolean values that represent a maze where false represents a wall and true represents an open space, write a function that returns whether a path exists from the start to the end. Assume index (0,0) is the start of the maze and (n,n) represents the end. Assume that there only exists one path from start to end. Use the following code to initialize your arrayList. Diagonals do not count as a path.

Activity: The Pie of Life 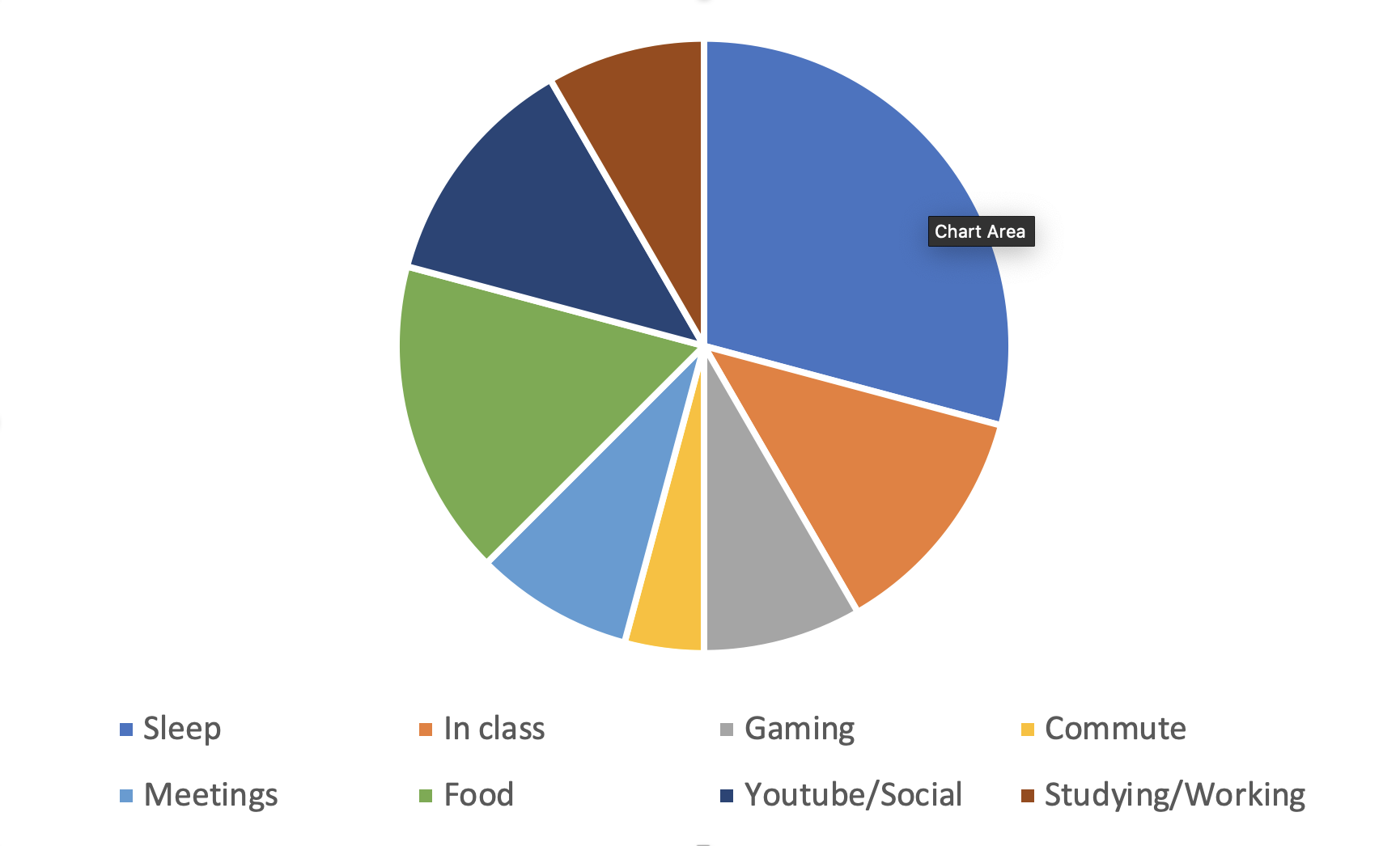 Given n non-negative integers a1, a2, ..., an, where each represents a point at coordinate (i, ai). n vertical lines are drawn such that the two endpoints of line i is at (i, ai) and (i, 0). Find two lines, which together with x-axis forms a container, such that the container contains the most water.
Note: You may not slant the container and n is at least 2.

Activity: Who Knows Who Best?

Split in 2 teams. Every person on the other team has 30 seconds to write down their answer on a piece of paper. Crumble the paper up. The other team tries to guess who wrote what answer down as a team by writing down their guesses on the whiteboard. After guesses are made for the round the answers are revealed. At the end of every round the points are tallied up. After 5 rounds, whichever team has the most amount of points win.

Given a list of Integers with n elements and a target, find the set of factors that multiply to the target. Challenge: And if none exist then provide the closest.

Activity: Turning Over A New Leaf

Design a stack that supports push, pop, top and retrieving the minimum element in constant time

Given a string containing just the characters (, ), {, }, [, ] determine if the input string is valid by checking if all open brackets have a closing bracket and that they are present in the right order

Given a stream of integers and a window size, calculate the moving average of all integers in the sliding window

Given a char array representing tasks CPU need to do. It contains capital letters A to Z where different letters represent different tasks. Tasks could be done without original order. Each task could be done in one interval. For each interval, CPU could finish one task or just be idle. However, there is a non-negative cooling interval n that means between two same tasks, there must be at least n intervals that CPU are doing different tasks or just be idle. You need to return the lease number of intervals the CPU will take to finish all the given tasks.

Given a linked list, segregate the list into evens and odds in such a way that the evens are listed before odds

Find the longest consecutive sequence of numbers in an integer array

Given a 2d array of characters, check if the given word exists

Given two 2-D arrays, write a function that multiplies them

Write a function that returns if two strings are anagrams

Suppose you had N identical balls. One of them is slightly heavier and you are given a balance scale. Write a function to return the fewest number of times you have to use the scale to find the heavier ball